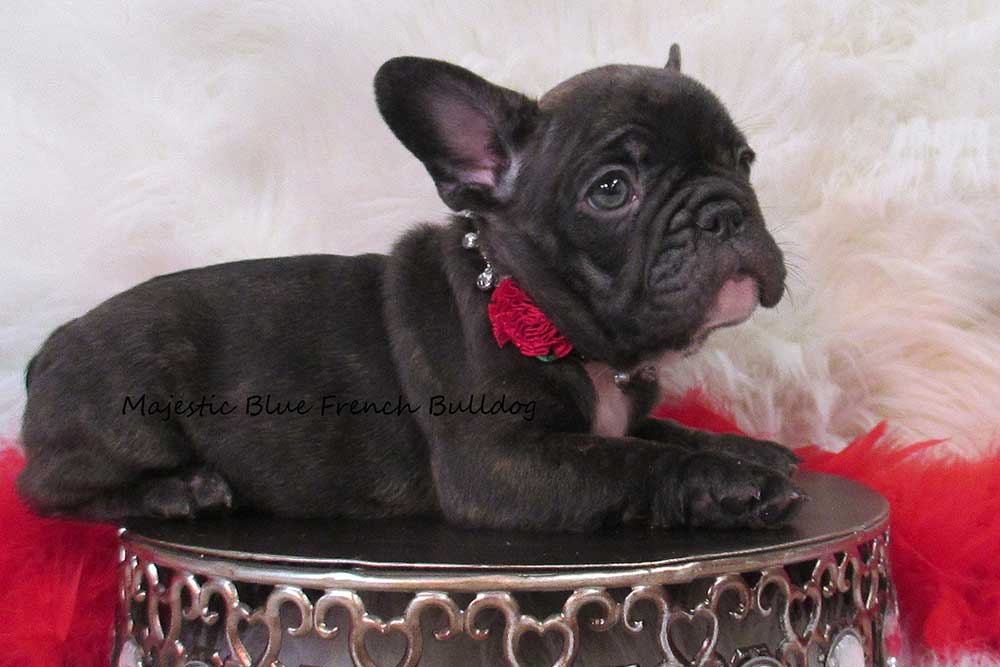 There are many great breeds of dogs in the world, but for those of us who’ve fallen in love with French bulldogs, nothing is as cute or lovable.

With their distinctive bat-like ears and a perpetual smile, they are as adorable as they are personable.

French bulldogs are special and require care and love. They have their own set of sensitivities and concerns.

They’re very loyal, loving, and fun to have around. Because of their mellow nature and small size, they’ve become a favorite of city dwellers who want a dog that has the rough look of a bulldog in a size that works for an apartment.

In this guide, we look at the many great aspects of living with a French bulldog, as well as some things you need to know before you commit to bringing one into your life.

About 11 or 12 inches tall at the shoulder, the French bulldog is small compared to the English bulldog and other relatives. The average female Frenchie weighs about 20 – 25 pounds with the males usually being about 25 – 30 pounds. Weights can range by five pounds for both genders.

Frenchies live between 9 and 11 years and, if gotten from a reputable breeder, are generally healthy dogs.

Their hair is short and fine. They aren’t hypoallergenic, but they also aren’t big shedders.

French bulldogs come a huge variety of colors that make the breed distinctive. You can find them in colors like:

French bulldogs are very loyal. They see their family, and especially the person they imprint on, as the most important people in the world.

While they’re small in stature, they can put up a good show when they feel the family is threatened. They will bark and get your attention if there’s a threat nearby.

They’re smart and charming, but also stubborn. They can be very uncooperative when it comes to training, especially once they’re adults.

They love attention. If there’s a lap in the house, they’re in it. They’re cuddly and more demanding of attention than some breeds. This means they shouldn’t be left alone for long periods of time.

In spite of their size, French bulldogs are still bulldogs. They’re solidly built, so they can take the rough and tumble that children tend to dish out. Because of their docile, loving nature, they’re unlikely to get angry when a little one thinks it would be cute to dress him up or lay on him.

French bulldogs are famous for being low energy dogs. Of course, every puppy has their own personality. Some love to be very active also.

An important part of getting the dog you really want is training. Frenchies are famous for being stubborn as adults. If you want to teach your dog to be quiet around the house (or almost anything else), it’s important to train them early.

Frenchies don’t require a lot of exercise. They love to play fetch and run around, but they’re also great with chilling around the house. Because they’re very susceptible to heat, any outdoor activity should be limited to cool mornings. The heat of the afternoon might prove too much for them. Never leave or place in backyard for long periods of time on hot days.

They do love to take walks, especially if it means getting more attention from the neighbors. With their bow-legged gait and silly smile, they’re a neighborhood favorite and they’ll bask in that glow anytime.

Frenchies play well with other dogs. While they’ll protect their owners, they don’t mind living with other dogs and aren’t the jealous types. Nonetheless, they will butt their way in to get the attention they deserve, so it’s important that their canine companions aren’t jealous either.

Caring for a French Bulldog